At CERN, the European Organization for Nuclear Research, physicists and engineers are probing the fundamental structure of the universe. They use the world's largest and most complex scientific instruments to study the basic constituents of matter, the fundamental particles. The particles are made to collide together at close to the speed of light. The process gives the physicists clues about how the particles interact, and provides insights into the fundamental laws of nature.

Are you interested in working in the largest accelerator complex in the world?

Would you like to work at powerful synchrotrons in the injector chain of the Large Hadron Collider (LHC)?

Come and work alongside top scientists and engineers to exploit and upgrade CERN's accelorators. We are looking for an Accelerator Physicist for Radio Frequency (RF) Operation and Beam Studies to help operate the RF systems of the Super Proton Synchrotron (SPS) accelerator and to play a key role in improving beam and RF system performance of the SPS, its injectors and the LHC. This could be the next exciting challenge in your career… take part!

Functions:
As Accelerator Physicist for Radio Frequency Operation and Beam Studies in the BR Section, you will be part of the team running CERN's SPS accelerator, its injector (PS) and the LHC.

In particular, you will contribute to the operation of the RF beam control and feedback systems. A large part of your work on existing synchrotrons will be the study of performance limitations related to the RF systems and longitudinal beam dynamics (beam loading, stability, RF manipulations and others) and the means to push to higher beam intensities after the upgrades performed during the current long shutdown (LS2). These studies will consist of participation in beam measurements during beam commissioning and Machine Development (MD) sessions, followed by data analysis as well as analytical calculations and numerical simulations. This work will also involve further development of the existing longitudinal beam observation system, the follow-up of RF upgrades, as well as contributions to CERN projects, notably High Luminosity (HL)-LHC and the Future Circular Collider (FCC).

To summarise, your main activity will be to participate in the beam commissioning of the SPS towards HL-LHC intensity and in the operational issues related to the RF beam control system. Additionally, you will participate in beam studies and propose improvements.

After an initial learning period, you will:

Closing date:
This vacancy will be filled as soon as possible and applications should normally reach us no later than 19/09/2019.

Master's degree or PhD or equivalent relevant experience in the field of Electrical Engineering or Physics, or a related field.

Remember - you found this opportunity on Qreer.com

Save This job is saved 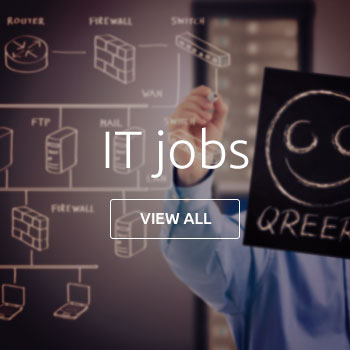